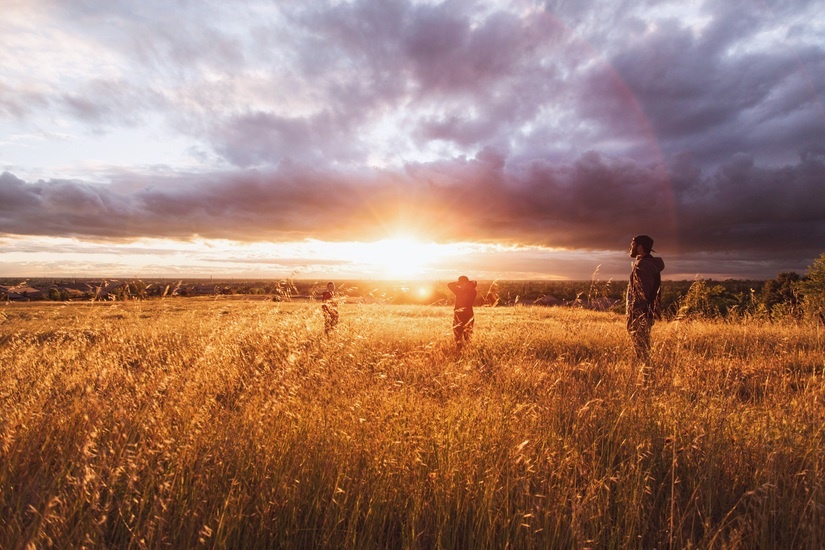 Why Settlement is often a better option than trial in divorce

Early in a divorce, people are often terribly angry and they think they want to go to trial. But this is usually a bad idea, and it’s better to settle. It’s also less ruinous financially for people who would better spend the money for a trial on their children.

At the beginning of a divorce…

The notion of a trial likely has visceral appeal for people — at least initially — because they have been excited by movies and television shows that glamorize trials. These programs tend to frame trial lawyers as elegant, eloquent single combat warriors in smartly tailored suits. Gregory Peck looked great in To Kill a Mockingbird. And for people who like to read, historic trials grip the imagination – the trial of Socrates, the Scopes “monkey trial” debating evolution in the 1920s, the trial of Joan of Arc (such as it was.) They’re exciting; they’re showdowns about great issues.
But real trials are often quiet, plodding affairs. There will be hours of testimony that can be dull. The lawyers do not orate and intone; they sometimes mumble and fumble through their papers. The courtroom are often empty and the ambient noise is deadening. And the lawyers are almost never as good looking as Gregory Peck or Sandra Bullock.

The reality of divorce trials and settlement….

And our legal system actually definitely doesn’t favor everyone going to trial. If everyone went to trial, the court system would clog up and people would have trials scheduled five or ten years out. This would not comport with this nation’s social policy goal, dating back to the drafting of the U.S. Constitution, that litigants should get their matters resolved in a reasonable time. Instead it would leave people’s lives in terrible limbo for years, their issues unresolved.

Divorce and its effect on children…

Trials are rolls of the dice in which the litigants gamble everything, and one of them can end up with nothing, or next to nothing. This is particularly dangerous if the divorcing couple has children.
“Children want… and need… to love both of their parents.” A Mason County judge intoned this to me years ago, and it’s true. Conflict between parents can destroy children. Trials turn up the heat in the conflict, and that in turn affects the children. And if the outcome is particularly bitter – say, with one parent getting almost no visitation – this ensures continued conflict afterwards. This is hideous for the children caught in the middle.

A family law court commissioner (judge who exclusively handles family law matters) who was on the bench for twenty or more years once told me, “Do anything to avoid your client’s fates being determined by a person in a black robe.” He was referring to that dice roll.

Instead, the judge, who will be in his or her office clothes, will meet the parties in their “chambers” (a fancy word for nice office suites). Typically the judge will put the parties and their attorneys in two separate rooms. The parties’ attorneys will have filed a relatively short settlement conference memorandum, along with a chart showing proposed distribution of the property. The judge will work from those memos and charts as a starting point, and try to find a middle ground.

The bargaining positions of the parties are protected by a formal rule of evidence which does not allow either party to come back later, at trial, to use the bargaining position against the other party. This allows the parties to bargain freely in the settlement conference. Also, at least in Kitsap County, the judge who manages the settlement conference will not preside at the trial, if trial happens. That further frees the parties to negotiate freely.

I have had several settlement conferences for cases that I thought would go to trial, because the man and the woman (I’ve not had a divorcing gay couple yet) didn’t seem to be able to agree that the sky was blue or that the sun rises in the East. Then they settled.

This has almost always been because of the reality check provided by the settlement conference judge. Litigants have gone in loaded for bear, thinking they would concede nothing because they could get everything. Then they encounter the judge. The judge cannot explicitly give legal advice or tell the parties what to do. The judge will be adamant about his or her neutral role. The judge will typically assume a polite, kind, disinterested tone.

But I have advised clients to open their ears to the hints judge might give regarding what to expect at a trial. “Of course, I can’t tell you what will happen if this goes to trial… But in the past, when an active heroin addict has refused to go to inpatient treatment, and the matter has gone to trial, that person has not gotten custody.” This hypothetical quote is an extreme, florid example. But I hope it conveys how, if the client listens and takes cues, he or she may get guidance on the most realistic course to an outcome the parties can both live with.
And again: it’s generally best, and far less expensive, to find an outcome both parties can live with. This works better for children. I cannot talk about “game theory” in a formal way, but a lot of family law litigation seems to be an application of game theory – realistically assessing risk and acting accordingly. Trial is a big risk. Settlement usually works better.
Other methods of resolving a case before trial include mediation, arbitration, and alternative dispute resolution. I can talk about these in later installments.